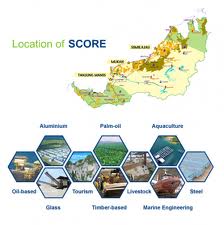 In his winding up speech yesterday, he said SCORE would not work well without a comprehensive manpower development and this would involve recruiting personnel from outside the state.
From the past experience of job mismatch, he said the state would not be able to predict what would take place in the next 10 years.
“In this world where things develop fast, we cannot expect not to accept people from outside because of the mismatch we have experienced in the past. It is also because our development is not predictable 10 years ahead and we may not be able to train our people in the right fields with the right mechanism,” he said.
Taib, who is Finance Minister and state Barisan Nasional chairman, pointed out that the state had controlled its foreign labour situation well from the time it developed the palm oil industry.
Despite that, he said time had changed and the government must be more flexible as far as recruitment was concerned.
He feared that persons who lacked essential qualities and experience might have to be let off to give way to those who fit the job.
“We have to keep the more experienced ones and let the less experienced ones go. They can gain experience by working outside and this is a much better way to do things.
“They will make much better workers because they will learn to compete at the world level. Instead of relying on cheap labour, we probably have to give more attention to universities and learning institutions where some selfless people may not be able to find jobs in their countries and can be induced to come to our country,” he said.
He noted that such situation happened in many Asian countries and the key lay in the ability of the various individuals to adjust to local conditions.
“We can have the choice of either sticking to local workers or open up the opportunities to foreigners in a controlled manner so that we can be on top of the situation.
“We can get people and control the situation and then massively train our people as fast as we can to address the needs,” he said.
Following this, Taib said at least 10 per cent of RM70 billion allocated for the development of SCORE had been channelled for the development of manpower.
He added that the state was venturing into a new direction that had never been done before.
“Our people have to be informed, be brought together with us in this big venture,” he quipped.
Posted by Phd in Economics at 9:01 AM