US, NATO after Libya oil reserves 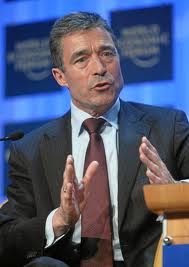 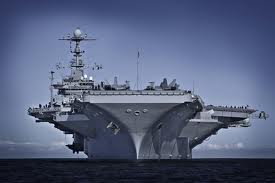 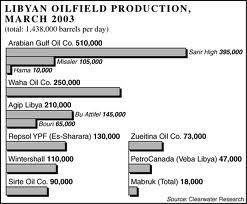 Sun May 1, 2011 3:14AM
Iranian Foreign Ministry Spokesman Ramin Mehmanparast speaks at a press conference in Havana, Cuba, on April 29, 2011.
Iran has cast doubt on the US bombardment of Libya, saying Washington seeks to take control of Libya's oil reserves and other natural resources rather than helping its people.

“We have doubt about the US and NATO purpose behind conducting a military operation against Libya. It seems that they intend to (take control of) Libya's oil wells and maintain deals of their oil companies rather than helping the Libyan people,” IRNA quoted Iranian Foreign Ministry Spokesman Ramin Mehmanparast as speaking to reporters in the Cuban capital, Havana, on Saturday.

He added that the US explicitly supported the ousted dictators in Tunisia and Egypt till the last minute “but it changed its stance immediately after the collapse of the two dictatorships by their people.”

The Iranian spokesman strongly questioned the US military intervention in internal affairs of other countries and the fate of people in the Middle East and North Africa.

The order, issued by the US Treasury Department's Office of Foreign Assets Control, will remove legal difficulties pertaining to the ownership of Libya's oil for potential buyers.

Mehmanparast further described as “politically-motivated” Washington's claims about human rights, saying, “The US has not yet been able to give explanation to world nations about its inhumane attitude and torture in Guantanamo and Abu Ghraib prisons.”

“How is it possible that US officials and the media express concern about human rights conditions in certain countries but turn a blind eye toward the fate of people in Bahrain and Yemen?”

The Iranian spokesperson reiterated that the United States is “the biggest violator of human rights in the world.”

Mehmanparast also touched upon the “best” level of political relations between Tehran and Havana and envisaged a bright future in Iran's cooperation with Latin America countries.

He pointed out that Iran has the know-how to explore and exploit oil and gas and expressed the country's readiness to transfer its experience to Cuba.

The Iranian spokesperson also met with Cuban Deputy Foreign Minister Marcos Rodriguez Costa on Thursday in Havana, where the two officials criticized the United States for its "double-standard" approach toward the crises in the Middle East and North Africa.
Posted by Phd in Economics at 6:34 PM